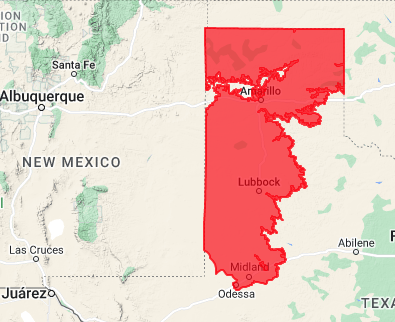 SAN ANTONIO, Texas (KAMR/KCIT) – Flanked by over a dozen exhibitors loading card tables with scientific reports, brochures, and equipment displays, the 2022 Texas Groundwater Summit welcomed attendants at the Hyatt Regency Hill Country Resort in San Antonio. In a gathering of hundreds of guests ranging from scholarship-wielding students to senators, the Texas Alliance of Groundwater Districts aimed to make contact with associates and update members on all things relevant to water in Texas, and look ahead into next year.

While the summit was live-streamed for those attending remotely, and historically the TAGD has made its summit panels and speaker events publicly available on its website, those recordings and presentations are expected to be published over the next few months. In the meantime, MyHighPlains.com staff present at the summit compiled an overview of each day’s events as well as a number of key takeaways, relevant points for the High Plains, and ongoing questions.

Here is an overview and a few things to know about day one of the 2022 Texas Groundwater Summit, including a look at the panels and assorted speakers.

The “S” Word: Sustainability in Groundwater

The first panel of the summit encapsulated the major theme of the event: The overall goal for water in Texas is sustainability, and its achievement requires data, dollars, and delegation. The expert speakers came together to discuss what sustainability is, a few of the challenges faced by GCDs and their allies, and takeaways on the needs and next steps for water leaders.

Sustainable water management means using water in a way that meets current, ecological, social, and economic needs without compromising the ability to meet those needs in the future. It requires water managers to look beyond jurisdictional boundaries and their immediate supply operations, managing water collaboratively while seeking resilient regional solutions that minimize risks.

“Maximum sustainable production” or “Maximum sustainable yield” can be calculated using sustainable yield measurement data, according to panel attendants. Robert Mace, Executive Director for the Meadows Center for Water & the Environment, contended that water managers should consider that data in their plans. Further, he said that it could be useful for water managers to discuss how far into the future “sustainability” should last.

The panel members agreed that sustainability could look different for each community and that “indefinite” sustainability may not be practical or possible for many districts. For example, INTERA Inc.’s Wade Oliver noted that sustainability could mean intense economic consequences for areas dependent upon the Ogallala. Each region’s view of sustainable practices could differ due to a number of characteristics such as population density, surface water conditions, and hydrogeological factors.

The broad range of factors that can impact sustainability contributes to an equally-broad range of challenges faced by GCDs and other water management entities. As discussed by the panel, water districts are not currently required to quantify what their sustainable water production levels would look like. Further, not every district shares, or has, requirements for registrations and metering for well users.

Altogether, the panel offered a list of suggestions that water management entities may want to consider, including:

However, the panel also noted that those suggestions could meet certain challenges, including the competing interests that may be unavoidable between some economic development and water sustainability. Further, those suggestions and others presented all require time, data, and funding. Data is necessary in order for districts to understand production levels, water levels, the number of wells under their jurisdiction, how surface and groundwater interact with one another in their areas, which regulations are the most productive for archiving and policymaking, and more.

In the end, the panel encouraged water districts, developers, and other community leaders to collaborate on gathering funding and data and discussing what “sustainability” should look like for their area, and working together to craft water plans favorable to the needs and long-term health of their communities.

Data and funding played major roles in the rest of the first day of the groundwater summit’s discussions, from speakers presenting on the future of El Paso water using historical data, the need for funding with the Texas Water Development Board, data reports on the Produced Water Consortium, to the possibilities of data collection using new technology.

Scott Reinert, Water Resources Manager for El Paso Water Utilities, followed the morning’s panel with a presentation on the past and future of El Paso’s water. While much of El Paso’s water future may not appear to relate much to the High Plains, both areas are heavily reliant on fast-fading groundwater sources to maintain themselves and nurture growth. The Ogallala Aquifer and the Hueco-Mesilla Bolsons Aquifers interact with multiple surface water sources and states, feed irrigation seasons that are impacted by lowering groundwater levels and surface-level droughts, and are facing challenges with brackish – or salty – water.

The takeaway from Reinert’s update on El Paso focused on the need for the area to consider alternative strategies to irrigation and diversifying the water supply portfolio through measures such as desalination and water importation. What strategies El Paso employs and finds successful could offer helpful cues to areas around the High Plains and the steps needed to promote sustainability in the future.

Despite how dry Texas has always been and will always be, according to TWDB Executive Administrator Jeff Walker, the state is large and growing. That growth has led to increased water needs, which has exacerbated the impacts of droughts even when they haven’t reached the historic levels of 2022 or its predecessors.

Walker noted that “drought’s a slow train wreck,” when discussing the difference in Texas’ size in the context of recent droughts. For example, the 2022 drought conditions haven’t met the severity of the drought in 2011, according to Walker, but less water has been stretched across millions more people. Further, although “there’s an ocean of brackish groundwater under Texas,” it hasn’t yet been dealt with to the fullest extent as a possible new water resource, and the state’s newer reservoirs are expected to tap out in 10 years due to being unable to keep up with Texas’ growth.

A lack of programs, a lack of common understanding, and a lack of funding for water issues in Texas have posed obstacles to the TWDB and water management entities in the state, especially regarding those issues needing more research and structured action.

While the TWDB uses science, planning, and financing for its projects, said Walker, everything needed by the Board comes back to funding. Walker reported that for the upcoming legislative appropriations request for the TWDB, the organization will ask for an increase of funding past its base costs in order to cover things such as flood mitigation projects, as well as Rural Water Assistance Funding and technical assistance.

Update on the Produced Water Consortium

The Texas Produced Water Consortium (TxPWC), housed at Texas Tech University in Lubbock, was established by Senate Bill 601 in 2021 with the aim of gathering information and resources to study the potential uses of produced water and the possible benefits.

According to Executive Director Rusty Smith and the 2022 Texas Produced Water Consortium Report to the Texas Legislature, excess water produced by fracking wells in the Permian Basin could offer a new water source for Texas if pilot projects can prove that the water can be treated economically and brought up to a healthy standard. However, those pilot projects and the testing needed to examine the Consortium’s theories need funding.

With that in mind, the 2022 report from the Consortium offered policy recommendations to the Texas Legislature, including:

The full report from the Consortium can be found here.

OpenET and Possibilities in Texas

As described by Senior Outreach Specialist Garshaw Amidi-Abraham, OpenET is an online data resource for evapotranspiration data using satellite-based measurements and estimates. Both for agricultural producers trying to maintain yield with increasingly brutal drought conditions and water managers trying to balance plans for environmental and economic health, according to Amidi-Abraham, OpenET is working to expand its services across Texas.

OpenET is currently being used to help craft “groundwater budgets” in Oregon, according to Amidi-Abraham, and hopes to expand further into rangeland management projects and resources.

Rounding out the day focused on water data and its relation to policy and management, the second expert panel discussed the importance of data and how it can impact behavior.

Data and policy, in that case, feed into and improve upon one another. Because of that relationship and water’s essential nature for life, panel members such as Ashley Greuter of the Harris-Galveston Subsidence District posed that the value of the data sells itself.

Alongside Yelderman, the panel appeared to agree that data:

However, at the moment, panel members noted that water data often contains blind spots and communication is an obstacle in itself.

“We don’t know how to get people to do the things they need to do with their water use,” noted Yelderman.

Another challenge with water data, according to panel members, is its collection. Aside from people possibly not understanding the meaning of data or not being able to access it, some refuse to offer data due to privacy concerns. However, panel members reasoned that more data and more accessible data shaping behavior and policies will help people protect their privately owned resources in the long term.

Whether it be for regulatory bodies, private citizens, or other stakeholders, the panel agreed that data’s accessibility and use is a necessity and a benefit for conservation efforts and policy. The panel also encouraged community members to contribute to and utilize repositories such as the Texas Water Data Hub in order to promote accessible and accurate data.

At the end of the day, organizations involved with water conservation and management in Texas work to gather funding and data in order to craft strategies and policies that themselves and others can follow for the benefit of long-term sustainability. However, they will continue to work towards improving communication and collaboration, as well as discussing relationships between methods and data and policy balances such as those between private property and public resources.

Borscht Belt Comedian Dies At 85 What Happened To Him?

Wednesday Addams’s Family Evidently Has A Lot Of Witches, But Is She Really One?

Borscht Belt Comedian Dies At 85 What Happened To Him?

Wednesday Addams’s Family Evidently Has A Lot Of Witches, But Is She Really One?