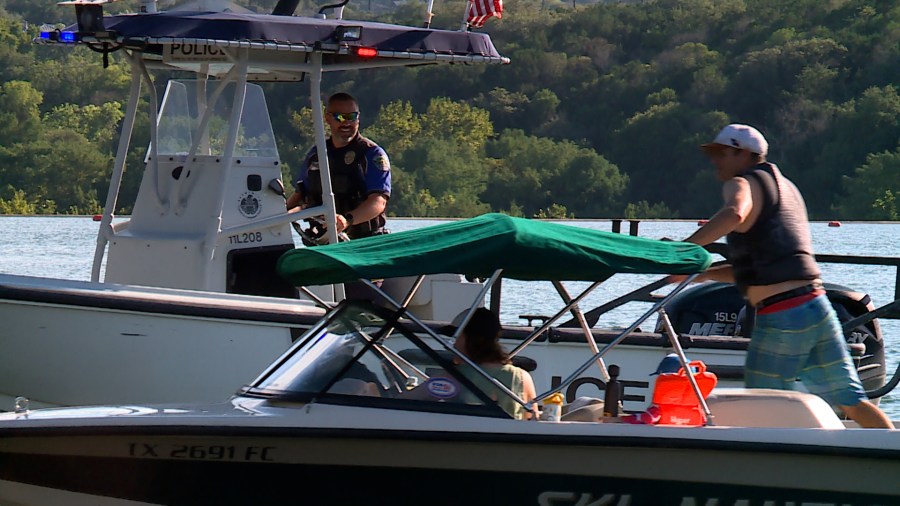 AUSTIN (KXAN) — More people are celebrating the holiday weekend on Austin’s many lakes, but fewer officers are patrolling the waters, with the Austin Police Department’s Lake Patrol now consisting of six officers .

Senior Patroller Robert Chapman has been with the unit for over a decade. He said they needed a dozen officers to better patrol Lady Bird Lake, Lake Austin and Lake Decker.

Tyler Seay and his family have experienced the Lake District Patrol difference firsthand.

“The engine died. So my buddy Jeff and I started swimming,” Seay said.

While enjoying Labor Day at Lake Austin, Seay got stuck in the water.

“Two nice gentlemen who happened to be police officers saw us swimming and came up to us and gave us a tug,” Seay said.

Because the unit is so understaffed, not all of those lakes are patrolled by police, Chapman said.

“If we had all the resources here, we would have to pull a boat, get a boat and take it to Lake Decker, for example,” Chapman said.

They’ve been working with fewer officers since last September, Chapman said. That’s when all APD divisions started working at 80%, he said.

This thinned the Lake District Patrol, forcing officers like Chapman to work days off.

“On busy weekends, you know we try to help each other out, work overtime to make sure we get everything we need here,” Chapman said.

Chapman said with no sign of relief in sight, the department is using existing resources because it likes the opportunity to help people, like Seay and his family.

“We absolutely need these people. Whether they’re patrolling the water, looking for lawbreakers, or helping you identify people with engine failures,” Seay said.

Over the next several months, the Lake District Patrol will rotate one officer per month to patrol the streets, Chapman said.

So they ended up with only five officers.

There’s actually no need to stand in line when traveling