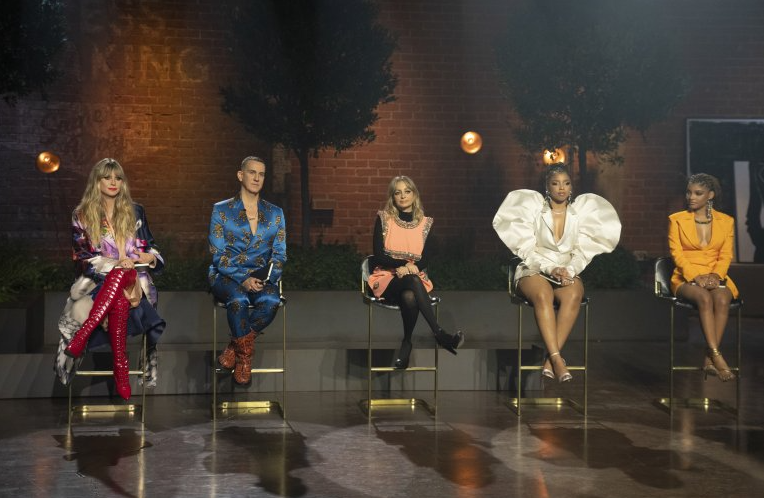 The final episode of the third season of the hit reality show Make The Cut was released Thursday, and the show is available on Amazon Prime. The Cut has quickly become one of the most-watched, most-watched, and most-watched reality shows. In recent years, the show has accumulated extraordinary popularity and recognition. According to many different reports, Making the Cut is considered one of the highest-rated reality shows in recent years. One of the participating fashion designers eventually won the competition and was awarded the $1 million grand prize. 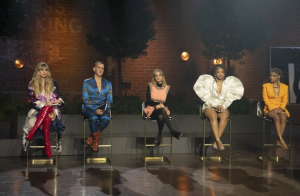 Yannik, Rafael and Georgia were the three designers entering the final round of the show. They are all leaders in their respective fields, and they are formidable opponents to each other. However, Georgia fell further and further behind Yannik and Rafael as the competition went on, and the judges finally decided to remove her from the competition. Although the designers who did this have done their final draft. The designers were tasked with creating at least four looks for everyday wear and two for men. The last and most important job for the three finalists was presenting their brands to Christine Beauchamp of Amazon.

Showrunner Tim Gunn mentioned at the outset that the commercials put forward by the designers will also be an important part of deciding who stands out at the end of the competition. Each of the three finalists made a stunning and one-of-a-kind design. The three of them put together such an amazing draft that everyone in the room, including ourselves, was absolutely mesmerized. Swiss designer Yannik Zamboni came out on top, taking home a trophy and a $1 million cash prize. All three competitors gave each other a tough time and gave it their all. The title of “Successful Advancement in Season 3” belongs to Yannik. Yannik was known to be the winner of the program, and as a result, he received prizes including a million dollars, mentorship on Amazon’s fashion, and the chance to debut his brand at the Making the cut store located on Amazon.

The show drew a huge audience and locals were delighted at the news that Yannik Zamboni had won the third season. They both posted heartfelt messages and comments about their favorite Yannik Zamboni on various social media platforms. The design created by Yannik was voted the winner by all judges and audience. After successfully qualifying for the third season and winning, Yannik said: “There are often comments that my brand is crazy. I am able to grow and improve. Throughout my work as a designer, some people don’t understand my style. So it makes me very happy to see it. According to sources, Yannik is currently quite happy after winning the show and he has been posting photos and videos on official social media to spread his joy. Yannik is very happy after winning the show, Very happy now. Keep following us for all the latest information, news and updates from national and international level.

Designers participating in this season’s Make the Cut competition come from all over the world. Each of them is a skilled creator with a well-known brand. However, who has the qualities necessary to be a true global fashion brand? Among the candidates are:

Ciara Chyanne Morgan is a self-taught designer from Los Angeles. She is the owner of her own label, Ciara Chyanne, which specializes in contemporary ready-to-wear with a sophisticated aesthetic.

Curtis Cassell is a Brooklyn-based designer who founded the non-binary brand Queera. Queera is a clothing brand that caters to different cultures and focuses on formal wear.

Theresa Emily Bargeron is a Savannah, Georgia-based fashion designer who owns the Mamie Ruth brand, known for her free-spirited and holiday-inspired clothing, and vintage boutique East + Up.

Gabriella Meyer is an artist living in Los Angeles who founded the streetwear brand DENIMCRATIC. Gabriella uses upcycled materials and innovative denim techniques in the production of her brand.

Jeanette Limas is a fashion designer who originated in the Dominican Republic and lives in Philadelphia. Janet attended Parsons School of Design and now runs a company that bears her own name.

Rafael Chaouiche: Rafael from Brazil is the owner of the Chaouiche brand, which is driven by the achievements of powerful women.

Sienna Li is a fashion designer born in China and currently living in New York. Her work has been published in publications such as Harper’s Bazaar and Vogue Italia.

Yannik Zamboni is a Swiss designer who founded the conceptual fashion brand maison blanche with the aim of addressing social issues through his work in the fashion industry.

The designers of Make the Cut were challenged to develop a tracksuit set for the next episode of Make the Cut with sportswear company Champion. Some designers, especially those accustomed to designing more sophisticated garments, find this task rather difficult.

Raphael was ultimately selected as the winner by the jury. While Klum praised his “edgy” and “hot” initial outfit, which featured lots of mesh and a large set of Champion logo earrings, Scott praised his ability to represent the brand in innovative and exciting ways.

Markantoine’s history is all about streetwear, so it didn’t surprise anyone that he came in second (behind Rafael). Curtis was praised not only by the jury, but also by Champion Chief Design Officer Ned Munroe. Munroe expressed admiration for the designer’s jumpsuit, which includes a unique plaid pattern based on the Champion badge, and said the company would be interested in working with him to create the look.

The discerning judges were less enthusiastic about the sportswear designs submitted by Janet and Ciara. They can’t help but wonder why Janet’s designs don’t have more cohesion with the champion brand. Klum wasn’t impressed with the “boring” dress and jacket combo shown in the second look. The style Ciara wears is equally unremarkable. Once again, the judges cited structural issues with her items. They also said her designs were boring and uninspired, and they said they didn’t catch on when they were shown on the runway. All of this culminated in their decision to send her home.