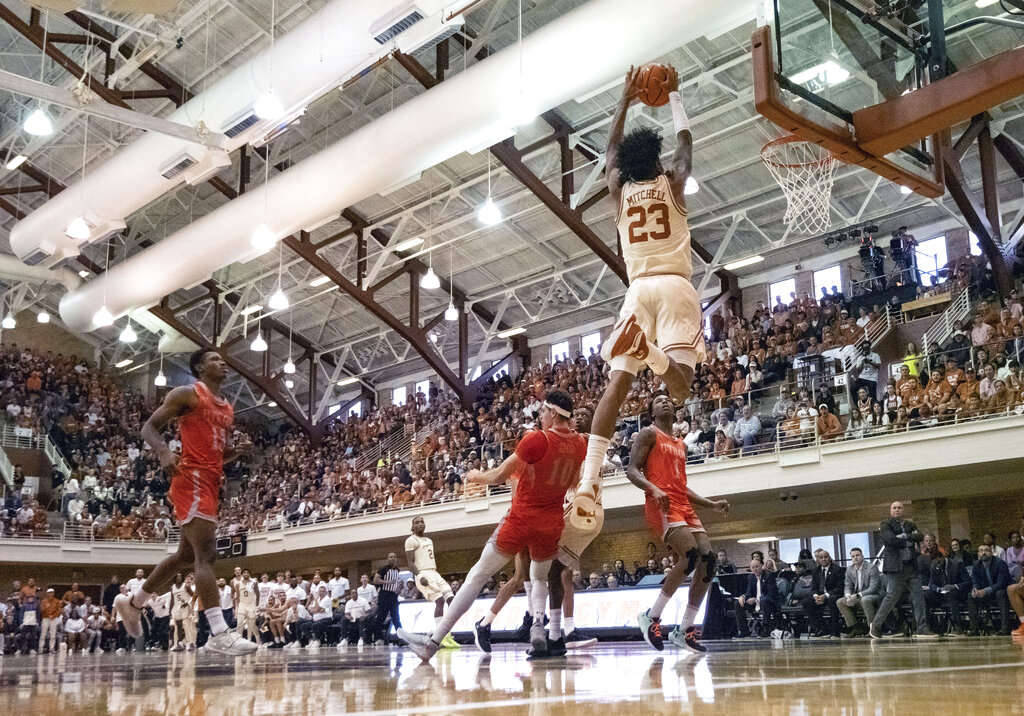 AUSTIN (KXAN) — It’s not a peach basket nailed to a post, but Saturday’s game between the No. 4 Texas Longhorns men’s basketball team and the UTRGV was a throwback to honor a college legend.

The Longhorns easily beat Western Conference member Vaqueros 91-54 in the Leon Black Classic. Black played at UT and served as head coach from 1967 to 1976. He was responsible for building the program by recruiting its first seven African-American players, providing opportunities for anyone who wanted to play. He led the Longhrosn to two Southwestern Conference championship titles and a berth in the Sweet 16 at the 1972 NCAA Tournament, following a victory over Houston in one of the biggest upsets of the year.

Blake died in October 2021 at the age of 89, and current Longhorns head coach Chris Beard wants to make sure Blake’s coaching legacy lives on as long as possible.

“Tonight was special for a number of reasons,” Beard said after the game. “Where Gregory plays, where he coaches…it’s just great to have his family here with us. It means a lot to us. It’s pretty cool around the history of basketball and what the Coach Blake did. That’s right. Way to go.”

Dylan Disu, a senior forward from Pflugerville, said the team visited Coach Blake’s home last year before his death, an experience for which Disu said he was eternally grateful.

Beyond Scores: Stay up to date with sports stories like these and sign up for our Beyond Scores sports newsletter at kxan.com/newsletters

“It means a lot to have his family here and to honor them,” Disu said. “When we pay tribute to former players and coaches, I know that one day maybe people will do it for us.”

Disu had 10 rebounds, 6 points, 5 blocks, 4 assists and 3 steals in 19 minutes. He said the coaching staff had “challenged” him to hit the glass harder and play a bigger role at both ends of the court.

“It’s the technical stuff, like getting in the right position to rebound,” Disu said. “We worked on it, watched a bunch of movies and did some one-on-one stuff.”

Four Longhorns scored in double figures, with Jabari Rice scoring 19 points on 8-of-13 shooting. Marcus Carr had 18 points and Tyrese Hunter had 17. Texas shot again from 3-point range and made 10 shots, allowing Vaqueros to go only 1 in 9 long distance.

Texas has never been behind in the game.

Beard said comeback games are held every year so current teams can connect with their former coaches and players. Season ticket holders and others are encouraged to attend as it falls during the Thanksgiving holiday this year, but like last year’s event, next year’s event will be student-only.

“One of the funniest parts of the job is when someone tells you the story of a former coach or a great player,” Beard said. “Texas has a lot of tradition. We look forward to honoring many former coaches here.

The Longhorns (4-0) have a big game against No. 10 Creighton at Moody Center on Thursday. It’s part of the Big 12-Big East Challenge, which starts at 6 p.m. ET.