Presidents react to the passing of Queen Elizabeth II; The U.S. had 14 presidents during her reign 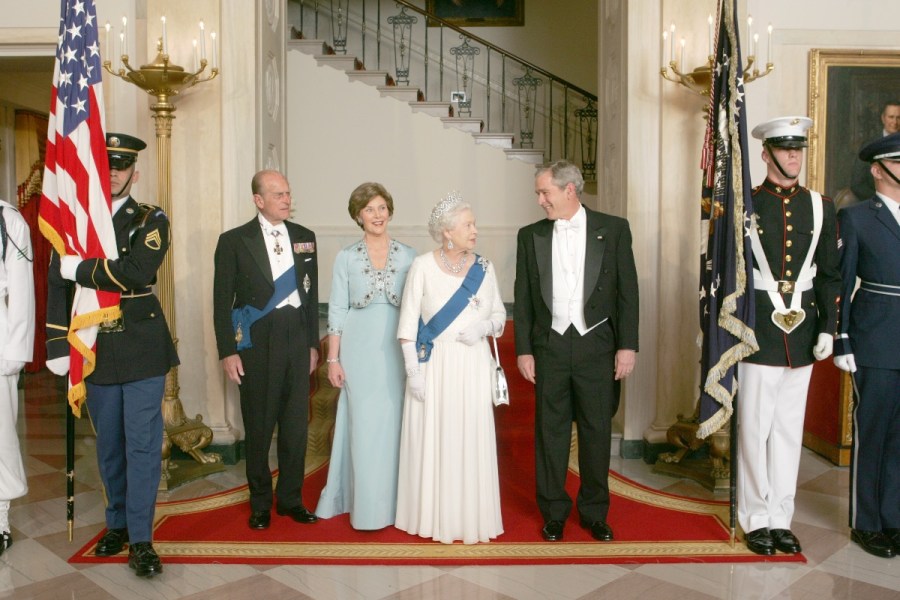 Buckingham Palace announced The Queen died peacefully at Balmoral Castle in Scotland, with members of the Royal Family gathered around her.

She ascended the throne on February 6, 1962, following the death of her father, King George VI.

Over the past seven decades, she has seen 15 US prime ministers and 14 presidents, the first being Harry S. Truman.

Lyndon Johnson was the only president who did not meet in person, but she visited his presidential library and museum during her visit to Austin in May 1991.

President Joe Biden has joined former Presidents Barack Obama and George W. Bush in his response to the Queen’s death.

Biden says the Queen is more than a monarch — she defines an era.

“In a changing world, she has been a constant presence and a source of comfort and pride for generations of Britons, many of whom would never have known their country without her,” Biden said in a statement. Enduring admiration for Queen Elizabeth II unites people across the Commonwealth. His historic seven-year reign witnessed an era of unprecedented human progress and human dignity.

“We first met the Queen in 1982 when she visited the UK as part of a Senate delegation. We are honored to have told us that during her first overseas trip as President and First Lady in June 2021, she received warm hospitality, where she touched us with her intelligence, kindness and graciously shared his wisdom with us,” Biden said.

The President went on to say that the Queen has helped Americans commemorate the anniversary of the founding of Jamestown, as well as the bicentenary of America’s independence from Britain.

“She stood up for America in our darkest days after 9/11, when she painfully reminded us that ‘heartbreak is the price we pay for love,'” Biden said.

President Obama said the Queen means a lot to him and to former first lady Michelle Obama.

“She welcomed us onto the world stage with open arms and extraordinary generosity as we were just beginning our lives as President and First Lady. Time and again, we were overwhelmed by her enthusiasm, the way she put people at ease, and the way she brought her considerable humor and charm to the big occasion,” Obama said in a statement. .

“Like so many others, Michelle and I are delighted to have witnessed Her Majesty’s dedicated leadership, and we are impressed by her legacy of tireless and dignified public service,” the statement continued. “Our thoughts are with this difficult time. My thoughts are with his family and the British people.

President Bush said in a statement that he and former first lady Laura Bush were honored to meet the Queen.

In a statement, President Bush wrote: “She was a woman of intelligence, charm and intelligence. Spending time at Buckingham Palace and drinking tea with Her Majesty The Queen and her corgis is one of our fondest memories of our presidency. “Queen Elizabeth has ably led Britain through dark times with her faith in her people and her vision for a brighter future. Our world has benefited from her unwavering determination and we are grateful to her for her decades of service as Sovereign. Americans particularly appreciate his strong and unshakeable friendship. Laura and I join our compatriots in expressing our heartfelt condolences to the Royal Family and the British people.

President Bush also shared photos from a state dinner at the White House in May 2007.

The queen’s son, Charles, immediately became king upon his death. Prime Minister Liz Strath, appointed by the Queen on Tuesday, addressed him as King Charles III outside 10 Downing Street shortly after news of his death was announced.

“Along with the King’s family, we mourn the loss of his mother, and as we mourn, we must come together as a nation to support him and help him fulfill the great responsibility he now has for all of us. Our hearts go out to him to offer our loyalty and devotion because his mother gave so much to so many people over a long period of time,” Truss said.

“With the passing of the Second Elizabethan Era, we usher in a new era in the glorious history of our great nation, as we speak the words ‘God bless the King’, as Her Majesty the Queen wishes.”