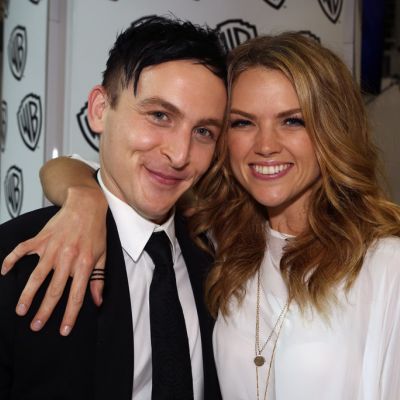 Robin Lord Taylor is an American actor and director, best known for his portrayal of Oswald Cobbleport on the American crime drama television series Gotham.

Taylor was educated at Solon High School. He then attended Northwestern University, where he received a BA in Theater in 2000. Taylor also attended an architecture summer camp at Washington University in St. Louis as a young man.

Robin Lord Taylor He is a well-known actor who has participated in many movies and TV series. His radio debut was on Law & Order: SVU, a 2005 US police procedural and legal series. That same year, he played Mike in the short film “American Jesus’ Son”.

Taylor released three films in 2006: Pitch, The House Is Burning and Accepted. During the 2008 Edinburgh Fringe Festival, he co-wrote and starred in the Creative Nation live talk show with Billy Eichner.

Taylor has since appeared in films such as Step Up 3D, Another Earth, The Melancholy Fantastic, Cold Comes the Night, and Full Dress, and television shows such as Person of Interest, Law & Order: Special Victims Unit, The Walking Dead, and Other of.

Taylor also contributed to Dishonored 2, an action-adventure stealth video game released in 2016. Billy Lush was replaced by Robin Lord Taylor in the video game. He appeared next year in Dishonored: Death of an Outsider.

Taylor will star in the upcoming stand-alone series The Long House. He stars in the film alongside Josh Hutcherson, Zoe Levine, Tim Blake Nelson, and more. He is now playing Oswald Pebble aka Penguin on the American crime drama television series Gotham.

Robin Lord Taylor Married to art director Richard Dibella since 2011. They have been married since 2004 and have been together for almost seven years. Taylor’s personal life is a well-kept secret.