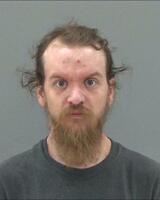 SAN ANGELO, Texas – A Texas man was arrested and charged today with injuring a child.

A three-month-old child was in the care of Samuel Benjamin Jeter on August 17 at his home at 2918 Kennedy Avenue, according to the affidavit. Under Jeter’s care, the child began to scream. As the screaming continued, Jett grew frustrated and grabbed the child’s torso. Jet then shook the baby and told him to stop crying.

Jet then rocked the child from side to side and threw him about 12 inches in the air twice, according to police records. After grabbing it the first time, the child fell into the defendant’s face, hitting Jett’s nose with the child’s head. The child begins to show signs of difficulty breathing and is unresponsive.

After that, Jaylin Deanda and Eli Sassosa, who placed the child in Jeter’s care, arrived at the residence and took the child to Shannon Medical Center for immediate treatment.

The child received life-saving emergency care, including mechanical ventilation, according to a doctor interviewed by investigators.

As of this writing, Jett is being held in Tom Green County Jail without bond.